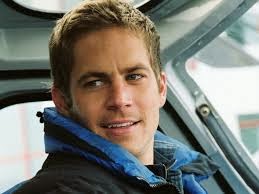 Darryl I'm sorry for your loss, but happy you had " the dance"...God Bless you my childhood friend!!!

Beautiful post, D. I'm just sorry you had to write it...

I had a similar situation with John Candy. When I heard, I was driving and had to pull over.

Sorry for your loss. Thank you for sharing your experience with Paul that most of us never got to see.

A good friend of mine was on the Atlanta set as an extra for Fast 5. She had very nice things to say about Paul, and she's not impressed with anyone less than a genuine soul.

My buddy Jason helps provide cars for the FNF series, and made the Corvette for Fast 5. He told me about the upcoming filming in ATL for F7 and how he wanted me to come along to meet the cast and crew. Too bad timing and scheduling kept that from happening. I think it would have been good to talk to Paul.

So sad for all connected to the show and Mr. Walker's family. Went through similar with "The Crow" 20 years ago. You never get over it.