Greeting from the fortress of solitude!

I apologize for leaving D to handle all the article duties around here, especially with a new one at home and working a TV series - hats off to you sir!

I have been in a TV rut - I'm not complaining about work - I've just done four cycles of TV series back to back. I'm currently enjoying my first real time off in some time before I start back on another cycle of TV.

The shows I've been working on lately have been mind numbing. Nothing new or exciting to get you up in the morning. Standard Mon - Sat am (Fraturday). STVC (Standard TV Coverage - Master wide shot, med two shots and close ups - Two cameras running all the time). The last show had a huge cast, so to "save time" most blocking would have them lined up at a table (what I called the "South Park blocking") and have cast come and go. Talk about a slow burn. Especially if you're stuck in studio for what feels like weeks on end. Then, when the unit does go out on the road, it's trying to get 12 locations in a day and ten pages of dialogue. What are they thinking?

Scripts are boring (who watches this stuff?), directors are boring (who hires these guys?), and productions don't want to spend money. Every once in a blue moon a crane comes out for an establishing shot. No one wants to use it - as it's perceived to "take up too much production time". Don't get me started on the money waster of hiring a SteadiCam Operator & rig and not use it (SteadiScam as I've taken to calling it).

On the last show, the floors in our stage were actually usable. I think we pulled dance floor out once(?) during the entire show.

It just happens to be our market here. Feature films are poking their heads out of the gopher holes, but with the world economy, one doesn't expect the return of the feature film as a staple of the locale industry. I'm thrilled to be working as much as I have over the last two years, but it's really starting to feel like a assembly line job.

What do you do to help combat the monotony? Other than flipping for paycheques. As our boys in the photos up top - one can go a little looney.
Posted by Azurgrip at 9:44 AM 1 comment:

This was a post that was suggested by my friend Larry, one of the best boom operators in the business. Thanks Larry.

Something that comes up frequently, but we rarely ever think about as Dolly Grips is sound and how our actions affect it. There's nothing quite like setting up a shot, complete with dance floor or a rail and doing your move, on a particularly emotional scene, in an otherwise silent set only to hear an excruciating, wince inducing creak. You try to ignore it, the actors are trying to ignore it, the boom guy is shaking his head as you power through it.
The main problem with the whole scenario, is that the set is usually too loud while you're rehearsing to hear any offending creaks or pops and they aren't noticed or even thought about until they pop up during the first take. Hardwood floors are particularly offensive. I did a movie last year (it actually opens next month) in which we were shooting on the back deck of a house that construction built on the side of a lake. It was just an exterior set, the inside was gutted, and we set up a shot on the deck. I laid a floor, we hefted the dolly up the stairs, and on take one, there was a dialogue killing shriek of wood on wood as we rolled across the floor on a slow lateral move followed by a push-in. After a brief powwow in which several options were discussed, including shoring up the deck, we decided to just go Steadicam and be done with it. So, we humped the dolly back down and I relaxed as we shot it on Steadicam. Even though it wasn't really my fault, I hated the fact that I couldn't fix it. Here are some tips to keep this from happening.
If at all possible, when on a wood floor, work with the sound department and ask that the set be quiet for one run- through before actors get there.
Distribute the weight. If you're just on plastic, adding a plywood base will help spread out the weight and tone down the noise. Better yet, if you're on a hardwood floor, always lay a plywood subfloor, not just plastic.
Ask the sound department if you can borrow some carpets (or keep some of your own). They usually have the 3x4 carpets like the ones you see in department store entrances. If you distribute these under your floor (butted up together, not overlapped), it can help dampen the sound. I predict they will never turn you down.
If you are on track, and the wedges are creaking, try pouring water on them. As strange as it may sound, it swells the wood and can help. You can also add more wedges under the actual rail, not just the crossties, to distribute the weight.
If you're doing a dance floor move, choose the correct moments to turn your wheels. Always try to do it between lines or on an actor's lines whose back is to camera.
Squeaky wheels on track is an age-old problem for the Dolly Grip. We all used to use Pledge furniture polish for years. The wax in it lubricated and quieted the rubber wheels. The problems with Pledge are that it builds up and leaves a slimy coat on the track and after too much of it, the wheels just slide, and don't even turn anymore, yet still squeak. Several years ago, I switched to Zep Par Mold Release Spray in the orange can. Chapman sends it out with their dollies, but you can order it. There is a grip selling it on our Forums.
Sometimes, no matter what you do, you just can't get the squeak out. It's the nature of the floor. Exhaust all possibilities. If you can't fix it, then you can't fix it, but you can usually minimize it to a workable point.
The Sound Department is your friend and they will work with you. Let them know you are trying your best and take any suggestions they may have. They'll remember you for trying to make their job easier. I can't tell you how many times I've had to borrow sound carpets to help build up a dance floor to match a rug etc.
Posted by D at 6:35 PM 6 comments: 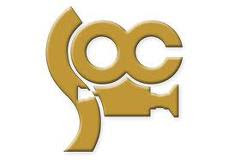 Dollygrippery would like to congratulate a few friends for their Lifetime Achievement Awards from the SOC last night! Frank Kay, who does a fantastic job with JL Fisher, David James, one of the finest stills photographers in the world, and Alan Disler, a great Focus Puller and always the funniest man on set. Although I don't often work directly with Fisher, I have spoken to Frank through email a few times. He has always been great and answered any questions or agreed to help in any way he could, even for someone who uses another dolly. Thanks Frank and congratulations! You earned it.
I've done two movies with David as stills photographer and he is one of my favorite people. Soft spoken and cool under pressure, you would never know he's there until he walks up and hands you a picture that makes you look like a movie poster. I'm proud for you and your great family, David. Congratulations!
I did a job with Alan a few years ago and he is one of the best. His prowess on the focus knob is exceeded only by his sense of humor. Congrats Alan!
The Local 80 Grips won the Presidential Award and it was accepted by Russ Norstedt. The SOC was very appreciative of the role and skill of the Dolly Grip and his contributions. Congratulations Local 80!
I've said many times that Camera Operators are some of my favorite people and I count several very good ones as friends. It's hard not to become friends with someone you spend that much time laughing with. Last night I had the opportunity to be in the room with some of the best and it was a pleasure to see many of you again (some literally a decade later.)  Here's to you!
Posted by D at 11:50 AM 2 comments: